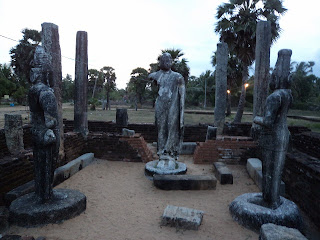 How can we preserve kuragala as a Buddhist heritage ? 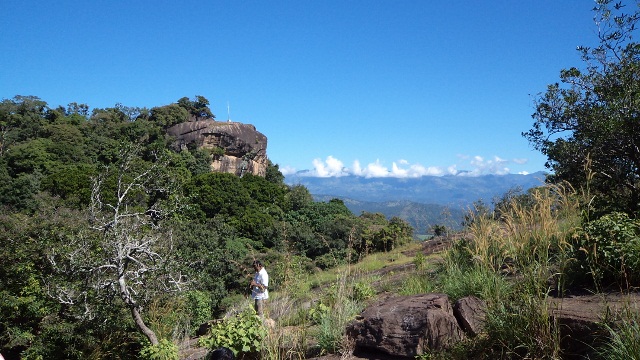 KURAGALA  the  Ancient Buddhist monastery belongs to second B.C. have taken over by Muslims and destroyed the archeological evidences and built some mosque in 1922. After 90 years this rock cave site and monastery got freed from the invaders. Defense secretory  Gotabaya Rajapaksa visited the site and  asked Archaeological director general Mr Senarath Disanayaka to remove the unauthorized construction an occupations.


The kuragala and hituwangala mountains   has 30-40 rock caves. The eight caves in Hituwangala had four important brahmi inscriptions. But after Muslim invasion, to day we can see only two cave inscriptions. The Civil security Department  personals found  one inscription while demolishing 16 unauthorized constructions . Ven Vikiliye Narada Thero visited  the place in 1925 and commented  about ruins of the foundations of Buddhist monastery and Buddha statue in the first cave building. But Muslims destroyed the ruins and built the mosque and their burial grounds.  The Civil security Department  personal demolished  unauthorized construction (a kitchen)  at  the third cave  and found  bricks belongs to old Buddhist monastery.


Former president Mr. R.premadasa  made a program to clear unauthorized  the occupations at Kuragala site. For this purpose he made arrangements to give 26  acares at hituvangala patina and ibbaanvala pathana  on 30 years leased basis. The lands were leased on section 2 of the crown lands ordinance.  But musliams did not relinquish the archaeological site. Instead of giving up  the Kuragala archaeological preservation, Muslims made arrangements to settle down  some muslim people from kalmune to ibbanvala pathana. They bulit some waiting halls  in 2002 at  hituvangala  pathana.


Venerable Kolonne Siri Shantha Vijaya took legal action against archeological department at Human Rights Commission on 2004 and  he witnessed at Presidential Commission probing in to Kuragala Ancient Buddhist Monastery. The President Chandrika Kumaratunga recommended that all constructions that made after the proclaimed as a heritage reserve should be demolished.


Then We as Buddhist  have to decide what should we do?


Buddhist can go to Maragi stupa at the top of kuragala rock and lighting oil lamps, observe sil


and do other Buddhist activities. This the only way we can preserve  Kuragala as a  Buddhist heritage.