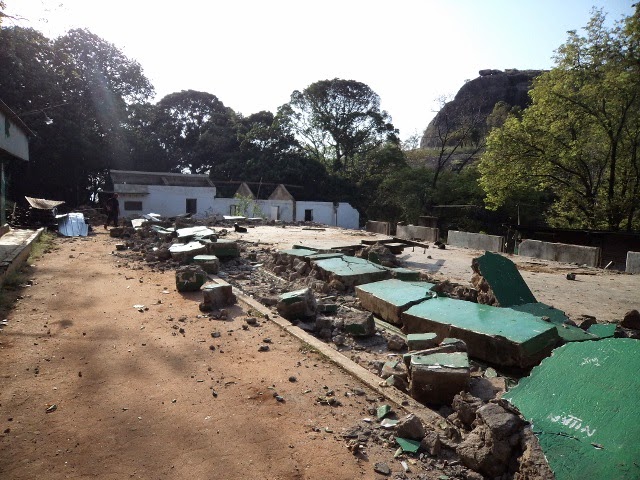 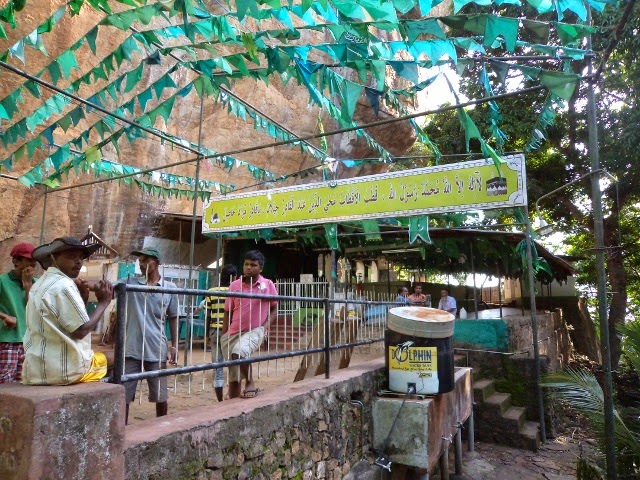 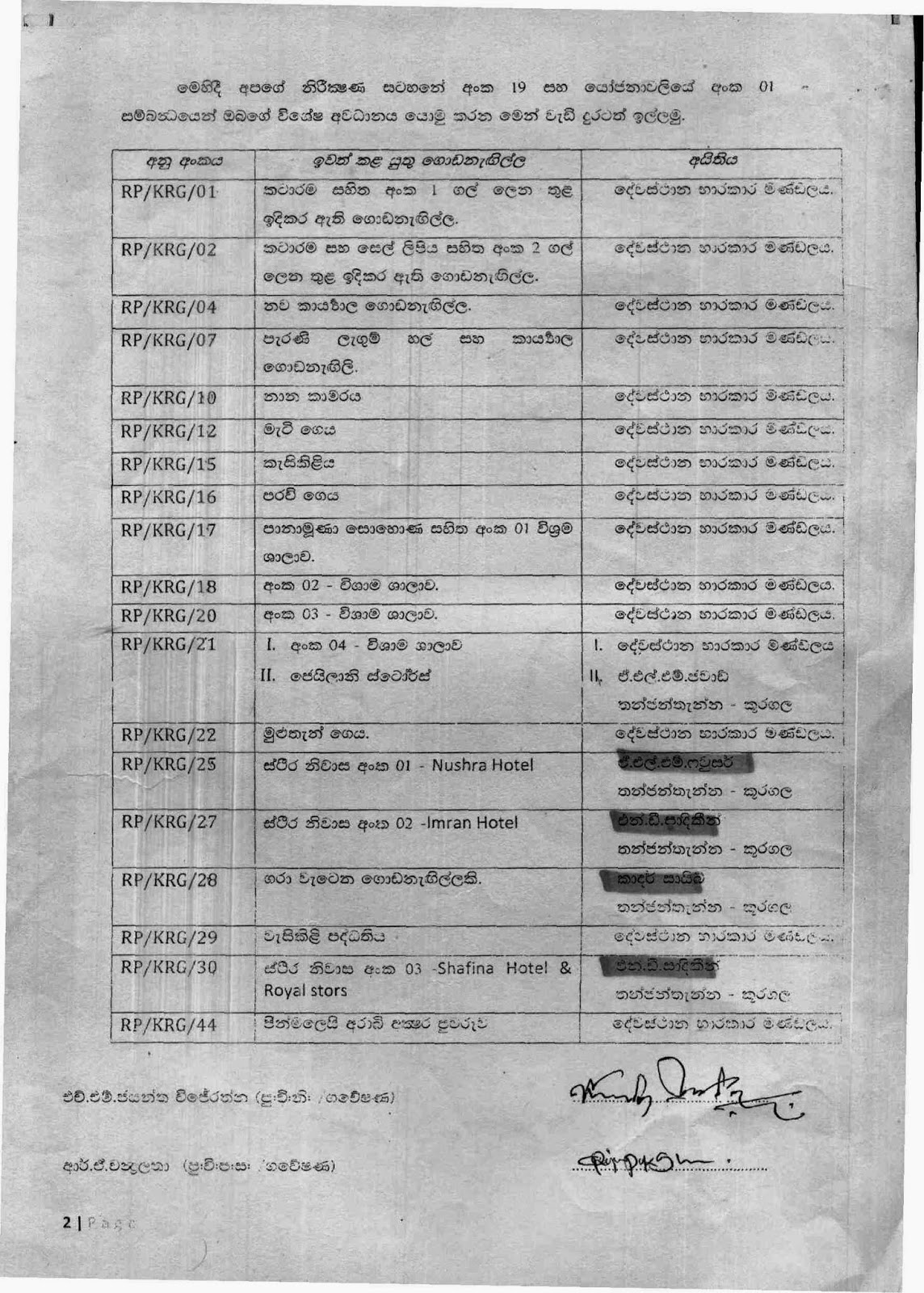 It has come to the public eye how the Government plans to allegedly ‘spend’ a staggering sum of Rs. 41.538 million on irrigating one hectare of paddy land under the proposed controversial Yan Oya reservoir project. In order to irrigate 650 hectares of new paddy lands, the Government is reportedly planning to spend Rs. 27 billion on the Yan Oya project.
The Ministry of Irrigation and Water Resources is boasting that under the proposed project 650 hectares of new paddy lands could be cultivated. However they do not reveal the fact that these 650 hectares of new paddy lands could be cultivated only after inundating 1,727 hectares of existing paddy lands, 2,235 hectares of agricultural lands, and 1,438 hectares of forest lands – nearly 5,400 hectares and 238 water bodies in total.
According to environmental organisations, this is yet another ‘project’ that costs billions of rupees of public money. However, it is yet to see if the people will be the beneficiaries or the higher officials of the Irrigation and Water Resources Ministry.

For the Yan Oya diversion weir at Pamburugaswewa and to construct the reservoir to irrigate 650 hectares of new paddy lands and to solve the water issues faced in the North Central Province including Kebethigollewa, Padaviya, Welioya and Medawachchiya, the cost has been calculated as Rs. 27 billion. The proposed 2350m long main dam will be located 30km upstream of Yan Oya sea outfall at Pulmoddai. It is said that the reservoir of 169 million cubic metre capacity will be constructed by China CAMC Engineering Corporation. This contract has been signed in November 2011 without carrying out a feasibility study,” Convener, Heritage of Wetland Mathugama Seneviruwan said.

EFL letter to the CEA requesting a fresh EIA
According to Seneviruwan, 21 villages may go under water and more than 200 families in Horowpothana and Gomarankadawala who were once at the receiving ends of the LTTE attacks, might lose their properties under this controversial project.
“These people once suffered in the hands of LTTE terrorists and now they suffer because of this project. Although each family now own five to 10 acres of agriculture lands, the Irrigation Ministry has promised to give them only half an acre each when they are relocated in the Eastern Province. A vast area of archaeological areas dating back to Anuradhapua era will also go under water,” Seneviruwan added.
Seneviruwan further said how an Environmental Impact Assessment (EIA) has been carried out only after the contract was signed. He added that the EIA report gives contradictory data with number of fundamental and fatal flaws including non-assessment of many important areas. “The EIA has failed to address a number of critical environmental impacts. The only consistency of this report is the inconsistency. The data that has being presented in the report shows severe discrepancies and is unreliable and contradictory. The project proponent – the Irrigation Ministry has deliberately failed to assess many important areas and to address a number of critical environmental impacts. Therefore this EIA has to be rejected and a fresh EIA has to be carried out,” Seneviruwan said.
Meanwhile reliable sources from Archaeological Department who wished to remain anonymous said that it is questionable how the Central Environmental Authority (CEA) has approved the EIA, when the report clearly states that comprehensive archaeological and historical value assessments have not been conducted in the project area.

This is extremely dangerous. If destruction is done even in a small portion of archaeological heritage site in the guise of development, the loss is immeasurable. Hence we urge the project proponent to carry out a proper Archaeological Impact Assessment (AIA) to find out what the negative impact would be. The importance of the archaeological value in the proposed Yan Oya reservoir project is inestimable.
“The Ritigala Mountain peak from where the Yan Oya originates, is of archaeological value. There are caves belonging to 2 BC and 3BC era and lots of pre-historic archaeological sites. the sources added.

There are proto historic burial sites in Danduwakkadu, Gurugalhinna, Dickwewa, etc and several ruins of Buddhist temples belong to indeterminate periods found in this area. Even the monuments belong to Anuradhapura and Polonnaruwa period and many small tanks built by our great kings are in this area.
The existing Wahalkada tank was built by King Mahasen and later it was renovated by King Agbo. We fear that the small tanks that are of archaeological value would be inundated due to Yan Oya project, 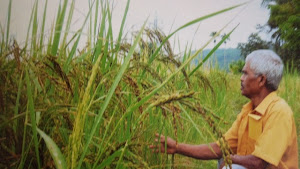 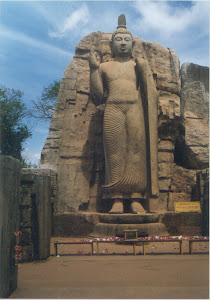